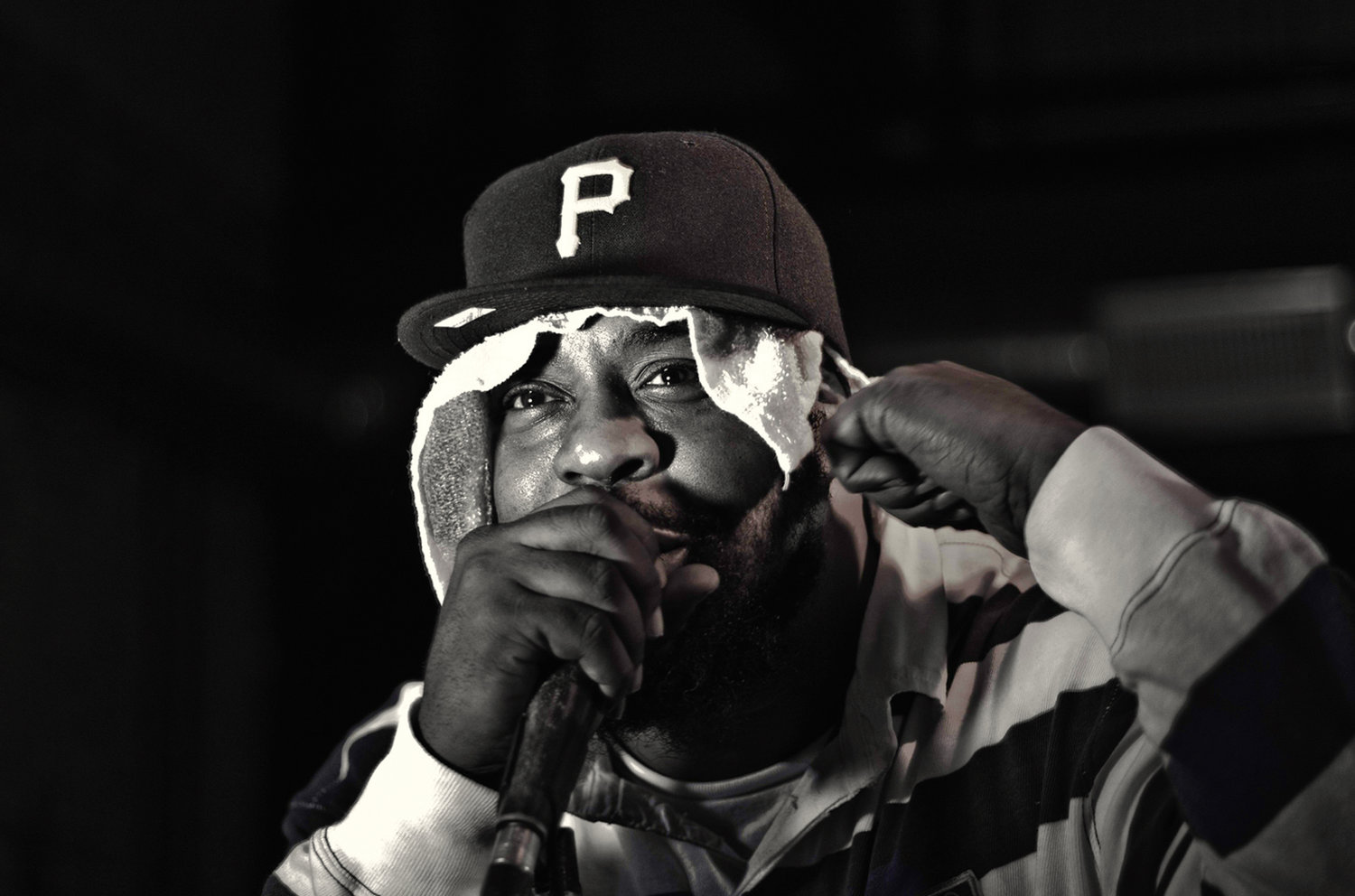 The dynamic duo of Tek and Steele known as, Smif N’ Wessun, are survivors of the game of hip-hop. Their street slick rhymes, personal chemistry, and ability to trade the mic smoother than a Hennie and Coke, are a testament to team work.
With a fast break into success, legal trouble that forced a brief name change, and moving into the drive’s seat, from emcees to entrepreneurs, Tek and Steele have stood tall in the face of adversity as an impenetrable force.

Natives of Brooklyn, New York, Tek and Steele made their first appearance to the world of hip-hop on Black Moon’s 1993 debut, Enta Da’ Stage. The tracks, “Black Smif N’ Wessun” and “U Da Man,” showcased their fierce and unrestricted lyrics.
“Black Smif N’ Wessun” had a hard drum beat and deeply submerged bass-line, as the crew ferociously chanted the chorus. Steele’s opening lines contained an unapologetic/ in your face energy that few have been able to replicate:
Here we go, break of day, with a mad live session/
Down in Bucktown it’s Black Moon, and Smif-N-Wessun/
Pick up the pace cuz we’re right behind ya black/
The punk got X-amount of shots, take one to your back/
BOO-YAA-KAA!!!
While Tek had an ability to flip multiple words throughout a verse:
Ahh shit, a personality split/
And I’m bout to flip with my nigga pull the trigger let the Glock spit/
A little bad-ass shorty with no remorse/
I kill forties and quarts remains on stage so who the boss?/
Another boom blew up the scene/
throughout the planet, get green, now I got sticky mean with my tag team/
“U Da Man,” featured Big DruHa, Havoc, and Smif-N-Wessun. With the collective of emcees’ hardcore rhymes, it was an ideal closing track o the innovative album.

In 1994, Buckshot and DruHa founded Duck Down Management, signing Smif N’ Wessun as their first act to Nervous Records. Not only did their debut, Dah Shinin, sell over 300,000 copies, but it also coined the name of the fourth great wave of hip-hop music.
Tek N’ Steel stormed the masses with hardcore rhymes and a flawless ability to trade the mic without hesitation.
“Dah Shinin’, was an era when hip-hop was just coming back from the West to the hardcore streets of New York, and you were proud to be a fan of it…that was kind of a renaissance time,” explained Steele.
Produced by Evil Dee and Mr. Walt, the album was layered with heavy bass lines, razor sharp scratching and a dungeon sound that basted through any roof. While tracks like, “Timbz N’ Hood Check,” told of the underbelly of street life, “Won Time,” discussed the results of snitching; “Cession At Da Doghillee,” previewed the soon to be Boot Camp Clik; and the jazz influenced Brooklyn anthem, ”Buck Town,” became a Duck Down trademark.

Although Smif N’ Wessun never officially released an album on Rawkus Records, the duo came into their own, freelancing on various collaborative projects including clothing ads, defining themselves as true survivors of the game. Teaming up with Gangstarr Foundation member, Afu-ra, on the, D&D Sound Clash (2000), which featured beat composition by producers extraordinaire, Evil Dee and DJ Premier; it ranked #1 on the Hip-hop/R&B Charts.
In the same year, Tek and Steele rejoined the Boot Camp Clik on their second album, The Chosen Few. The track, “Bucktown USA,” would become a springboard for their future entrepreneurial opportunities.

Additional freelance credits include Talib Kweli (“Gunn Music”), Tony Touch (“Spanish Harlem 2”), and a cameo with Buckshot in the “I Miss You,” tribute video for Aaliyah. She was a close friend.

2005 was a year of due justice for Smif N’ Wessun. After years of legal debate, they were finally awarded the reinstatement of the Smif N’ Wessun name. With a new found confidence they release, Reloaded. The album was one of three relapses during Duck Down’s Triple Threat Summer promotion. Tek and Steele came in full force. Tracks “Gunn Rap,” and “My Timbz Do Work,” brought back the classic Smif N’ Wessun swagger. With cover art by Marc Ecko, and guest appearances by Talib Kweli (“Crystal Stair”), Tony Touch (“U Undastand Me?”), and Dead Prez (“Warriorz Heart: Gangbang”), the album resurrected a sound that was thought to have been lost.

The duo of Tek and Steele, have shown themselves to be more than emcees. Hitting hip-hop music with a raw and un-duplicable style, business sense and survival skills, the name, Smif N’ Wessun, shines above the rest.