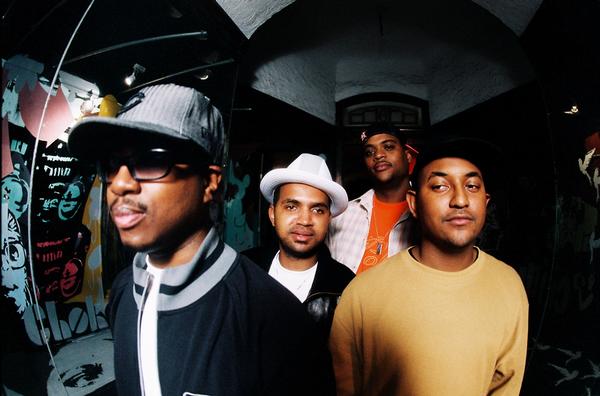 In 2005, J Rawls launched his own company, POLAR Entertainment, LLC.  The vision of this company is to “accentuate the positive and eliminate the negative”  by providing  good music for the soul.

The first project from Polar Entertainment, LLC was the J Rawls “Essence of Soul” album.  Released in spring, 2005, the album featured artists such as Eric Roberson, Venus Malone, Jonell, Sol Uprising, Tavaris, and Middle Child. The next project for the company was the very successful “The Liquid Crystal Project”. These albums have sold well and received critical acclaim in Japan, Europe and the United States.

In 2006, Polar Entertainment followed up with releases by J Rawls and Dudley Perkins, “It’s the Dank & Jammy Show”.  Several vinyl only exclusives such as the turntablism album “Waxsmith” and several Liquid Crystal 7 inches kept fans excited about the label.

In 2008, the company released, J Rawls & Middle Child – “Rawls & Middle”; and the follow up to The Liquid Crystal Project, “LCP II” to eager critics and fans alike.   The critically acclaimed John Robinson and J Rawls are the JAY ARE project, soon followed in 2009.  The album was the duo’s ode to the history of jazz and helped to forward the JAZZ HOP movement.  While J Rawls forged into new genres with Nu-Soul and Jazz Hop projects, he continued to explore his Hip Hop roots with the Nature Sounds release “The Hip-Hop Affect”.

For the year 2012 and beyond, POLAR is making moves to expand in the market place with more products from J Rawls as well as adding new artists to the fold.

Before 2001, nobody had ever really made a record like Koolmotor, it was both electronic and boom bap- spaced out and danceable. Space is a good connecting theme for Five Deez’ recording history. Their first release was a rap record with a ten minute instrumental dance track. Far out? Yeah, but that’s Five Deez (an abbreviation of Fifth Dimension); gravity can’t hold them down.

Having just recently released 2003’s Kinkynasti, a dance rap record if ever there were one, Fat Jon, Pase Rock, Sonic and Kyle David return with Kommunicator, folding time and cosmos into a masterwork of cool rap with the occasional deep space instrumental break.

It’s hard to tell what’s coming through the speakers for the first few minutes of Kommunicator – a tasty piano phrase, a slithering bass. The kick drum struts like an arrhythmic heartbeat, the hands clap, someone mutters in static, then Fat Jon twists some knobs, the song threatens a full electro breakdown and the vocals kick in- it’s a rap record, Five Deez style.

For these “four black dudes” it’s not, and never has been, about putting out straight rap music. “It’s definitely not a rap record”, affirms MC and producer Fat Jon (aka The Ample Soul Physician, aka Maurice Galactica…aka Jon Marshall).

Although it’s more Koolmotor than Kinkynasti, this album shows a departure from their previous work in favor of a more abstract direction.

Keeping with this form, the hip-hop collective from Cincinnati with a transplanted producer in Berlin has transformed itself. Fat Jon says “I imagined a radio message, some kind of transmission, whose origin can no longer be discerned. It can originate from me, from space, everywhere. And then I asked myself how this radio message would sound as a hip-hop record.

Hence Kommunicator, a dirty rap record made up of sweeping, complex, yet raw beats, infused with interference, feedback and spaced out noise. Even the mixing was treated with regard to non-conformism. “I didn’t want any vocals in which it could be heard that someone in the studio had spoken them into a microphone. The whole record was meant to sound as if it came from somewhere completely different – what is that? Where’s it coming from? Where’s it going to?

It goes without saying that the lyrics don’t provide any direct answers. Five Deez has never been about typical storytelling, and their lyrics, like every other aspect of their identity, have never been straightforward. Jon describes the rhymes as being “more like a download, for which individual pieces of information are disassembled into bits.

Don’t get it twisted; Kommunicator is a banging album. Tracks like “Black Rushmore”and “BMW” are perfectly atmospheric and undeniably dope, while “Fugg That” sounds like a down south drum and bass anthem recorded on a space station. The album is thorough. It’s a progressive, mature hip hop record; spaced out and soulful, its boom bap roots are placed firmly in the earth.