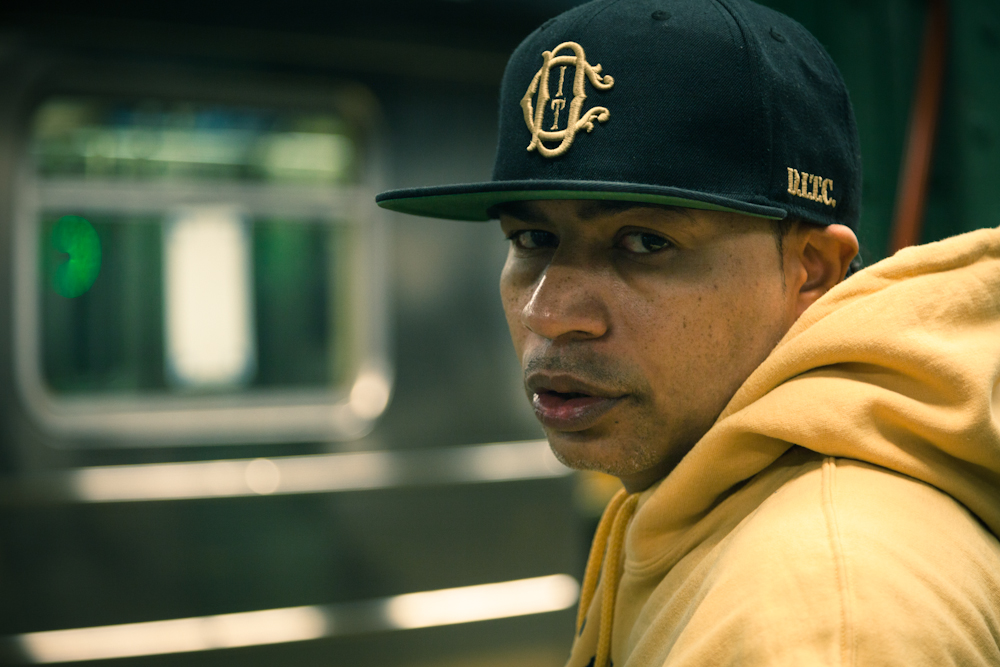 Andre Barnes, better known by his stage name AG, is an American rapper from The Bronx, New York. He is best known as a member of the hip hop duo Showbiz & A.G. with producer Showbiz, and he is also a member of the collective Diggin’ in the Crates Crew. He made his debut on two songs from Lord Finesse’s 1990 album Funky Technician, and first met Showbiz while working on the album. Showbiz & A.G. have had a partnership that has lasted twenty years and released four full-length albums.
After Showbiz & A.G. separated to pursue solo projects, Barnes had an inconsistent early solo career that began with the moderately reviewed and commercially unsuccessful The Dirty Version in 1999. Seven years later, he released the better received Get Dirty Radio, but was still unable to achieve much commercial success. After releasing a collaboration album with fellow D.I.T.C. member O.C. in 2009, Barnes founded the label Red Apples 45 with producer Ray West. Since his time on the label, Barnes has had a more illustrious career, releasing multiple EPs in the past few years. He also reunited with Showbiz, and the two have released two albums and an EP since their reformation.