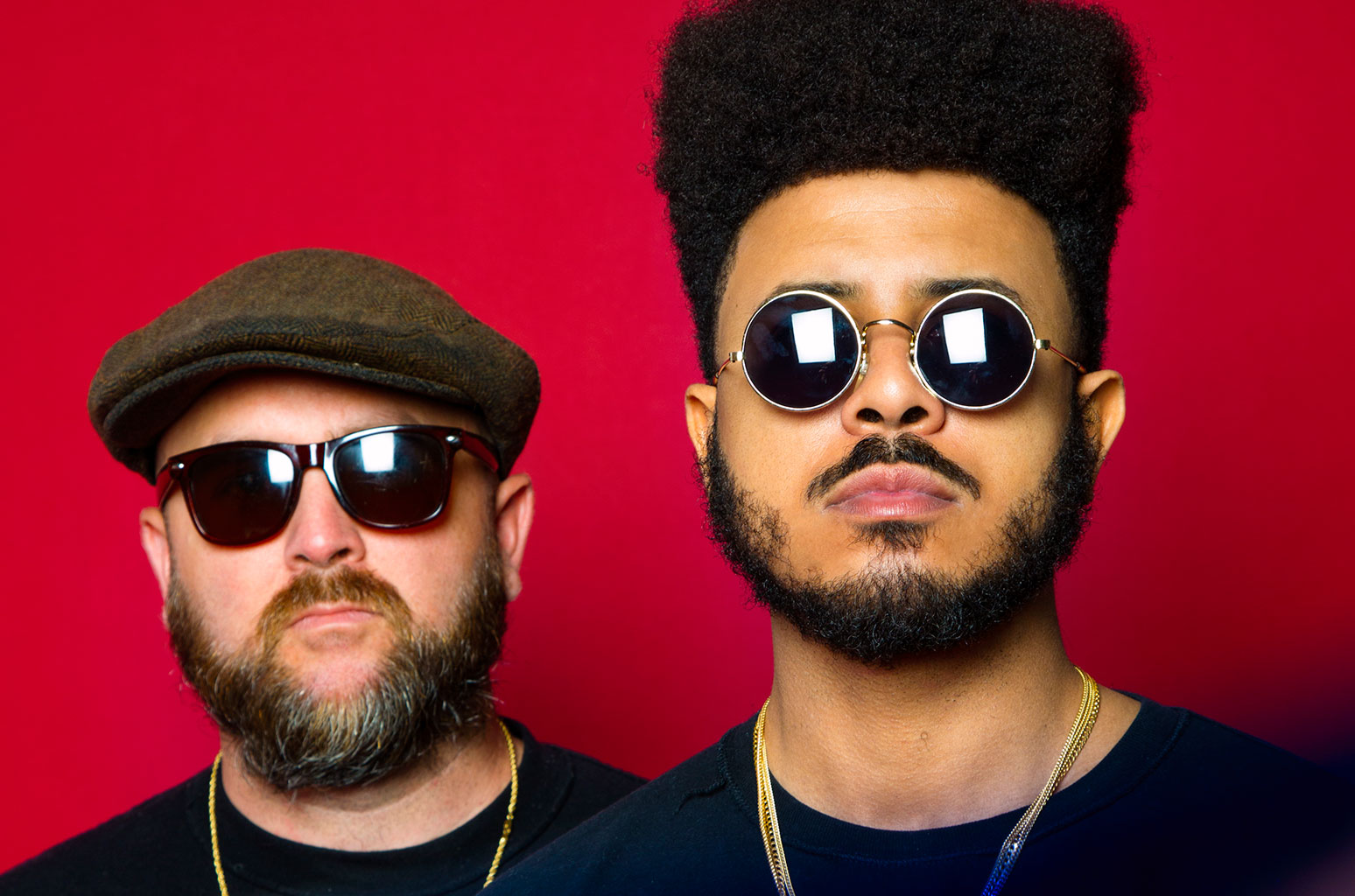 Refers to an American duo that consists of rapper Blu and hip-hop producer Exile. They rose to their fame through the release of their first album in July 2007 called “Below the Heavens”. This album was dubbed as the continuation of hip hop legacies such as “Jurassic 5″ and “Pharcyde” and was given much praise.

Blu and Exile first met in the mid-2000s while Blu served as a hypeman for various hip-hop groups such as “Slum Village”, “Platinum Pied Pipers”, and Exile’s own group, “Emanon”. He was personally introduced to Exile through Emanon’s other member “Aloe Blacc”. Through that, Blu signed to Exile’s independent label, Sound in Color, and a dynamic hip-hop collaboration was formed. Blu would cut records for Exile and they eventually released their laid back, soulful album which received a lot of buzz from the underground hip-hop scene. Since then, Blu & Exile has been a collaboration to keep up with.

Choosey (fka Makeshift), is an American hip hop artist based in Los Angeles, California, hailing from San Diego, CA. Choosey began to attract attention as a featured artist on projects from fellow Dirty Science recording artists Fashawn and Dag Savage. He took his first major step out from under the wings of his label mates and contemporaries with his 2014 release, Left Field. The Exile-produced single, “Fly Me to the Moon,” was the first to receive visual accompaniment and was met with critical acclaim.

Choosey grew up in National City, located in south San Diego, where he was introduced to hip hop culture by his older cousin. He began as a graffiti artist and bboy at the age of nine under the tutelage of said cousin. In 2006, Choosey stepped out of his comfort zone as a graffiti artist and bboy and began rapping as well. A true renaissance man of hip hop, Choosey has excelled in every realm he has tried his hand at, but around 2010 he narrowed his sights on growing as a recording artist to master that niche.

Choosey is marked by a complex and unique blend of style, voice and versatility; each is well represented on the aforementioned Left Field, which features like-minded artists M.E.D., Blu, Johaz, Exile, Toshi and Fashawn, and production from Choosey himself, Abjo, Else, Like, YNGxSLF, L!STED, Knxwledge and Exile.

Left Field brightly displays Choosey as an artist and is guaranteed to win over the full gamut of hip hop fans due to Choosey’s uncanny ability to unite a classic “golden era” spirit with the pace and standards of today’s, as well as tomorrow’s, music.

Jack Kerouac wrote that “the road is life.” Pistol McFly possesses the same ever-questing spirit of the famed Beat Generation writer and the world’s most impactful artists. Instead of cross country road trips, however, the Los Angeles rapper has spent the better part of his life navigating the vibrant but often violent streets of South Central. While many of his childhood friends are dead or in prison, McFly has luckily evaded bullets and central booking. His insightful rhymes are his road to discovering how to rectify personal and societal tragedies. The arresting songs on albums like Bong Rips & B . A . R . S and Google Me have made McFly a favorite headliner at renowned Leimert Park monthly Bananas. He’s also taken his captivating live show outside of LA, touring extensively with Blu & Exile, the duo behind the critically-acclaimed Below the Heavens .

Pistol McFly’s latest album, Road Trip , is the most powerful document of his stoned, sometimes psychedelic wanderings through South Central and beyond. Released on Exile’s Dirty Science and produced entirely by Power (Rich the Kid, Vic Mensa, Chris Brown), the album features bubbling LA rapper Waju, as well as soulful songstress QUIÑ. Still, the trip belongs to McFly. A self-proclaimed black hippy, he’s as comfortable with acid dropping hipsters as he is hardened gang members. As he moves between the hills and the hood, he chronicles the highs and lows of a rapper on the verge of success with the same lyrical intensity and emotional depth as albums like Illmatic . His Road Trip will inspire generations of rap fans in search of their road.