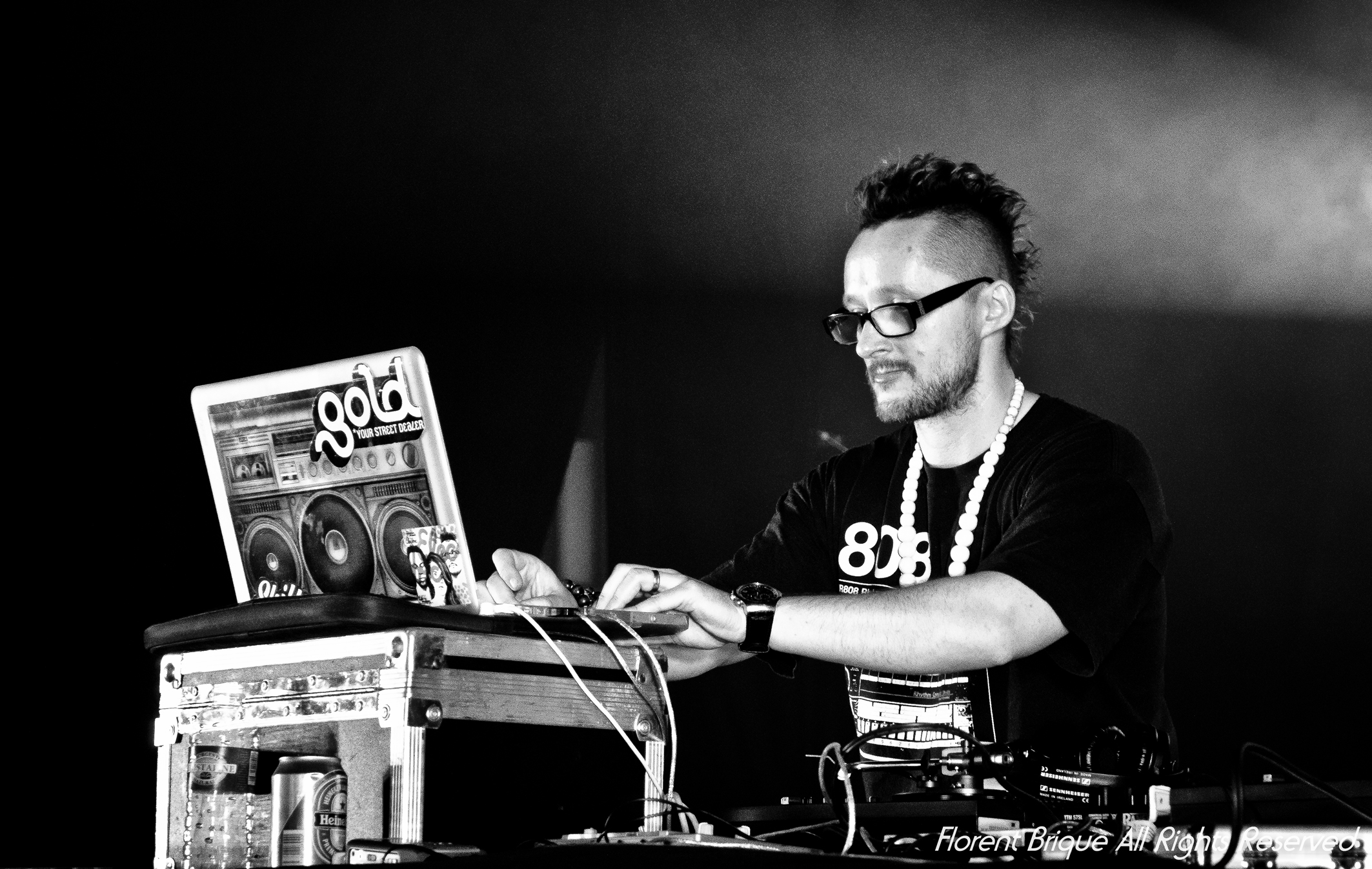 Certain high-end consumables such as whisky, wine, cheese and hams are said to improve with age, undergoing many complex processes to enhance and improve the flavour, colour and appearance. In the same vein, DJ Vadim has defiantly and soulfully been fermenting and malting his global musical elixir for coming on 20 years now, and can now well and truly be described as vintage.

DJ Vadim has become well respected as an innovator in a number of areas during his career, “a veteran presence in the DJ community as well as one of the foremost producers in too many communities to count, Vadim is never running out of ideas” (URB Magazine). In 1994, Vadim founded his own independent record label, Jazz Fudge and signed to Ninja Tune the following year. So begun Vadim’s adventure that is now approaching its twentieth year and has seen him tour across 69 countries and perform over 2500 times, with shows at some of the world’s most prestigious events such as Sonar, Glastonbury, Big Chill, V Fest, Fuji Rock, Roskilde, Exit, VInarock, Moscow Street Ball (to over 40,000 people), Notting Hill Carnival and Shambhala…To describe the man as an internationalist almost seems to sell him short.

Hard to put a peg on because he sticks to no rule-book, Vadim’s sound is not easy to describe, but it’s electronic, hip hop inspired and tinged with reggae, trip hop, soul, funk, grime, dub and bass, with elements of African rhythms, house and boogie. Vadim has produced numerous solo and group albums across these genres, recording in the studio and on his travels around the world, melding flavours and rhythms to create globally aware music with global appeal; he has been responsible for seminal underground classics such as The Terrorist, Black is the Night, Kill Kill Kill, Soldier, Talk to me and Bluebird and has worked with a variety of breaking talent and established artists, musicians, singers and groups, including Wretch32, Foreign Beggars, Alice Russell, Aaron Jerome (SBTRKT), DJ Krush, The Herbaliser, Belleruche, Killa Kela, Fat Freddy’s Drop and The Super Furry Animals. He is an evolutionist in sound, described once as ‘the John Coltrane of Hip Hop,‘ always pushing boundaries, always collaborating.

For an artist with such a long recording pedigree it would be easy to sit in cruise control, knock out music by numbers, and stay in the box, or just reproduce or re-hash earlier ideas. This however isn’t Vadim. One look at the discography and Vadim was there before people coined phrases for genres…making dubby bugged out ‘step’ music years before people even had heard of Croydon musically, creating future beats before people called it trip hop or headz, distorting basslines and drums before Glitch or Diplo and running his own record label (Jazz Fudge) before the advent of indie music. However it hasn’t all been clear sailing. In 1999, the US broadcast commission (FCC) decided absurdly enough that a pro-women empowerment record (Your Revolution featuring Sarah Jones) was too ‘crude’ for radio whilst allowing countless records that promote negativity to go. The decision ended up in court several years later under appeal with several leading Ivy league English professors coming to the defense of freedom of speech, freedom of expression and to argue the double standards of the ban and fine.

In 2007, Vadim was diagnosed with Ocular Melanoma, a very rare eye cancer. Fortunately for us, it wasn’t his time. Vadim has more music to make, and more shows to play; 6 solo albums to date, 1 remix album, 5 group albums (The Isolationist – 1999; The Bug – 1994, One Self – 2005; The Electric – 2011), countless mix cd’s and remixes. Hardest working man in show business? Trouper? Tireless? However you want to put it, be sure of one thing, when DJ Vadim first heard the phrase “Don’t sleep” he obviously took it literally.

With so much under his belt, what does the future hold? Not content with being uber busy, Vadim has taken it upon himself to film and direct music videos for his new album project, developing his eye as a budding photographer. Music aside, there is even word of a possible pop-up restaurant and bar. If the music is anything to go by, it will be very fine tasting stuff.