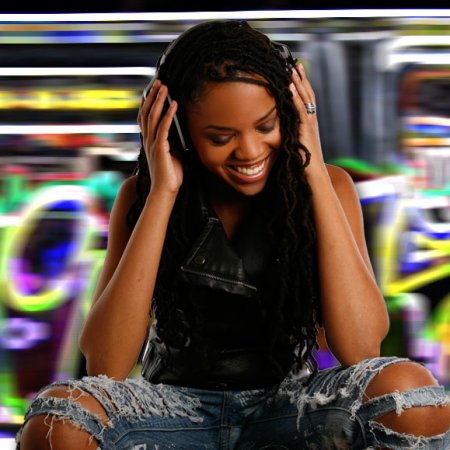 Stepping on the stage, often in heels, with her petite frame and a big bright smile that can light up the room, she charms them. Then, a banging beat drops and she totally transforms….

Queens-bred hip-hop/soul artist, Dynasty, has the soul of a dreamer and the fearless determination to follow that dream wherever it might lead. D.Y. has lit up stages opening for Erykah Badu, The Wu-Tang Clan, Mos Def, Talib Kweli and more. She amazes and captivates crowds. Her performance on records and on the stage truly sets her apart.
Never caught up in writing “formula rap” as she calls it, Dynasty writes from the heart and at the same time, remains a beast on the mic. She has surely made a name for herself, turning heads all over the world. In fact, the legendary DJ Premier gave her the ultimate cosign by producing a song for her. “Epic Dynasty” was placed on his compilation album, Get Used to Us. He even appears alongside D.Y. in the video for the song. Dynasty set off 2013 with a career high, releasing a song and video with one of her favorite artists, world renowned Talib Kweli, Stay Shinin’.