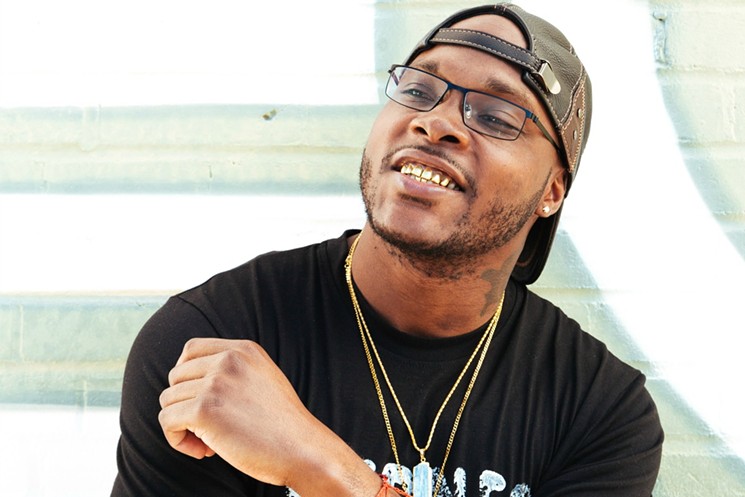 Is an American rapper, vocalist, and record producer based in Palm Beach, Florida. He has released several albums on his label planetcoffeebean, and in 2010 was nominated for Independent Artist of the Year at the Palm Beach Hip Hop Awards. His most recent album, The Local Cafe, was released in 2017, with the music video for the track “Railroads Down/Unfished” released to MTV2 and MTV Jams in April 2014. He has released several other music videos as well. BET wrote that Biddines’ music “demonstrates a Dungeon Family-like propensity for interweaving harmonious refrains into complex flows to create a sound that sandwiches pure hip hop with layerings of funk and R&B.

In 2009 Biddines released the music video for his track “Walkin’.” He released his first solo mixtape, DaCoffeeShop, in 2010. The album was self-released on his own label planetcoffeebean. About the creation of his label and narrative world of his lyrics, in 2013 Biddines stated that “Planet Coffee Bean is an escape. I like to believe when my followers see me or play my music, it gives them an out-of-body experience. Like, I’m branding landmarks and characters throughout my projects, and there’s themes that help you bring the mental aspect into this physical world.” After the release of DaCoffeeShop, in 2010 he was nominated independent Artist of the Year at the Palm Beach Hip Hop Awards. That year he also released his full-length debut, titled FLA Alien: Planet Coffee Bean. Stated the New Times, the album “formulated an alternative lifestyle, all revolving around a brewed cup of java.”

He released the mixtape Aye Story About Love in 2011, which the New Times called “a neosoul, introspective effort that delved into all the trappings of romance.” On April 27, 2012 he released the EP The Frozen Lake, on his own label planetcoffeebean. He performs periodically in Florida, and in March 2013 he opened for Solillaquists of Sound at Speakeasy Lounge.