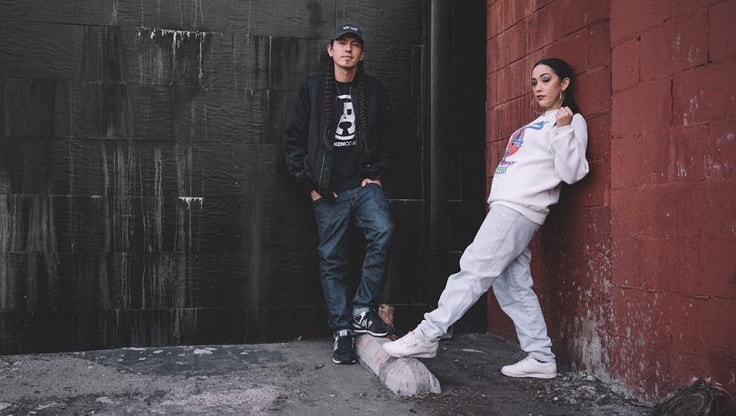 The LA based MC Gavlyn from the crew “Organized Threat”, who debuted her talents to the Hip-Hop world back in 2009 with her EP “”Habit That You Blame”,” has continued to grow and evolve her works in the years since. With her style blending an arsenal of lyricism with a feminine appearance, she has aggressively stood out amongst the competition of artist in her category.

Gavlyn began rapping seriously in 2006, pulling inspiration from the old school 70’s funk and spoken word era, and has also found influence in alternative rock, old school drum & bass, jungle, and house music. “I just like to kick it and smoke some herb and make music. I just stick to my peoples, I’m here for music and anybody else that want to vibe and make music with me.”

She released her debut album in October 2012 called “From the Art”. Her single “What I do” has been all over the internet this year, and she will be all over Europe in January. With her will be her crew member Poetic. Watch out!

(born Lee Gresh, April 28, 1983) is an American DJ and producer from Panorama City, Los Angeles. He was signed to rapper Hopsin’s now defunct record label Funk Volume, and CEO of the San Fernando Valley independent label Broken Complex. He has made beats for Dizzy Wright’s The Golden Age mixtape, The First Agreement EP and SmokeOut Conversations, Jarren Benton’s My Grandma’s Basement, and also worked with SwizZz.

DJ Hoppa released his first album, To April From June, in August 2004; the duplication costs of which were funded by Hoppa’s friends after they were impressed by the quality of the album. Not much was heard of him in 2005, but in 2006 he produced Bliss n Eso’s Up Jumped the Boogie, which charted in Australia. His next album, Avantgardening: Cultivating Food for Thought, was released in September 2007 and was in collaboration with Mine+Us (pronounced minus). Another collaboration, this time with Sirah, followed; Clean Windows Dirty Floors was released in 2007 and was noted for containing “a winning mix of wit, humor, ability, and perspective”. Hoppa’s next work, Volume One, was an album billed under “Hop & Pop” which was in collaboration with General Populous.

In 2012, Hoppa and Mine-Us produced their third collaboration album, Everything Is A-Okay; its title track was commended as “an uplifting track telling the listeners to not give up and to look forward, amongst all the crap that might be coming upon them. It’s a great beat accompanied by tried and true rhymes. The video is rugged with glitchy shots of Mine+US rapping his verses”.

In 2013, Hoppa teamed up with Self Provoked for an album called The Decade, which was praised as “chopped up stylings of Self Provoked over the ever dope DJ Hoppa’s happy go lucky bangers”. A single, “All Falls Together” featuring Dizzy Wright, was released from the album.

He has shared the stage with Immortal Technique, Ghostface Killah to Kid Sister and Crystal Method.