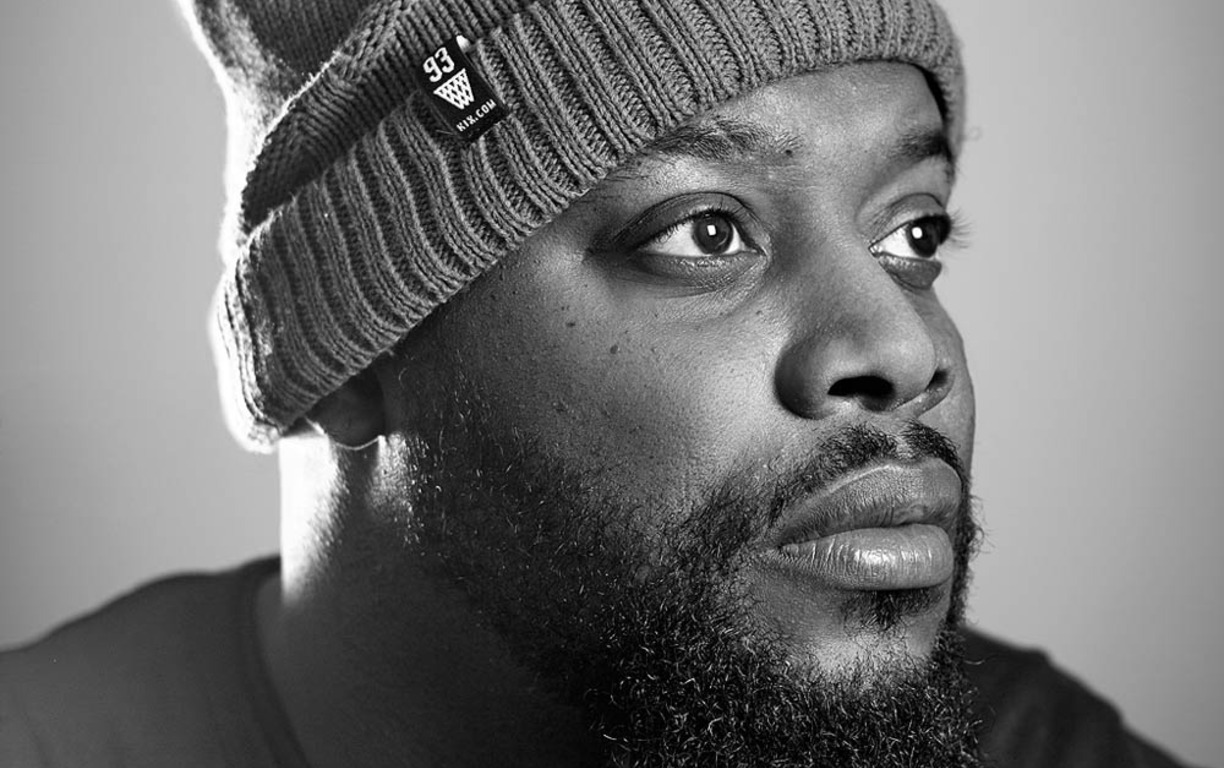 Byron Simpson, better known by his stage name Guilty Simpson is a rapper from Detroit, Michigan. He was previously known as Guilt. Over time, he saw that there were more emcees using the alias. In order to set himself apart from the others, he added his last name to become Guilty Simpson. He is signed to Stones Throw Records. He is also known for being a favorite of the late producer J Dilla.[1] His debut album, Ode to the Ghetto includes production from J Dilla, as well as other frequent collaborators Madlib and Black Milk. Along with Sean Price and Black Milk, Guilty Simpson formed the rap trio Random Axe. Simpson is also affiliated with the Detroit hip hop collective Almighty Dreadnaughtz. His major influences were Big Daddy Kane, N.W.A., Scarface, and Kool G Rap.[1] He is currently working on a new album entirely produced by Quakers.

Happily married Hip-Hop Artist. R.I.P Dilladog, Big Proof, and Baatin. I don’t need beats. thatsimpsonguy313@gmail.com for features tho. No fee, no me.

His career began in the mid 90′s as part of 1st Down, which consisted of Phat Kat on vocals and Jay Dee on production. The group was short lived however, possibly because of insufficient support/promotion from their label, Payday, but the two continued to collaborate on many occasions afterwards, starting with an appearance on “Fat Cat Song” and its remix, from Slum Village’s Fan-Tas-Tic (Vol. 1).

In an interview, he spoke in regards to his time and music creations alongside Dilla, as well as the producer’s work ethic:

“ Dilla didn’t fuck around in the studio. Everybody else had to adjust their style to keep up with Dilla, or if they ever wanted the chance to work with Dilla. You had to be able to knock out your verse in one take. I’ve seen Dilla make beats in 10 minutes. We made that track off of Welcome 2 Detroit in 10 minutes flat. We completed the whole Dedication To The Suckers EP from scratch in less than one night. He did the beats and I laid the verses. We started at 9 p.m. and finished by 12 midnight.”

His first full-length album, The Undeniable LP was released on June 22, 2004, on Barak Records. It featured appearances from Slum Village, Dwele, Big Tone of 87 Wasted Youth, and Obie Trice. Kat released a 12-inch single in late 2006 for the song Cold Steel produced by J Dilla, he then followed it with his latest LP, Carte Blanche, on April 24 on Look Records. The album has proved to be Kat’s most universally acknowledged effort yet.

During a radio interview with T3 in WJLB, Phat Kat rung in and spoke against T3. He stated that T3 had dismantled the group, after the Reunion Pt 2 video was released and Elzhi wasn’t in the video. T3 had said that he and Elzhi were still on good speaking terms, however Phat Kat contradicted him saying that “Elzhi ain’t f***ing witchu, don’t do that to the fans, keep it real”. T3 didn’t know what the future of Slum Village was as Elzhi hadn’t released a statement regarding his intentions of whether to continue Slum Village and Phat Kat strongly disagreed. Phat Kat was incredibly incensed and continued to swear as T3 tried to explain.