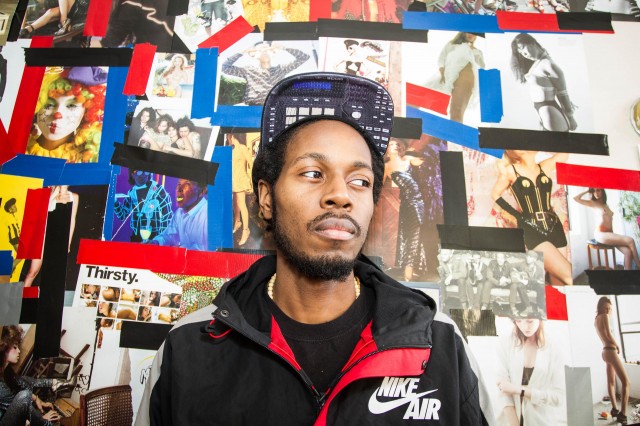 John Derek Yancey (born October 13, 1986), better known by his stage name Illa J, is a rapper, singer, producer and songwriter from Detroit, Michigan who has released two albums on Delicious Vinyl Records. He is the younger brother of the late legendary hip hop producer, and rapper J Dilla, and a former member of hip hop group Slum Village. He also released a collaborative album as Yancey Boys along with Frank Nitt. Illa J’s second solo album ILLA J LP will come out via Brooklyn based record label Bastard Jazz.

Illa J grew up in a musical family. He is the younger brother of hip hop legend J Dilla, and is the son of Maureen Yancey, a former Opera singer, and a former Jazz bassist. John Yancey was the youngest of four children including a sister (Martha) and two brothers (Earl and James). The family lived in a house near McDougall and Nevada, on the east side of Detroit. According to Slum Village founding member T3, before getting into music Illa J’s main focus was basketball. In the year of 2006, after the passing of his brother, he decided to drop out of Central Michigan University, and continue the family’s involvement with music.

In 2008, he released his debut album,Yancey Boys on Delicious Vinyl Records. It is produced entirely by previously unused beats that were made by J Dilla and were left sitting at the offices of Delicious Vinyl over several years. Stones Throw Records released a digital instrumental version of the album in 2009. In the following year (2010), he quietly released a second EP entitled, 4 Past Midnite. In the year 2013, he followed with the album Evolution as Slum Village along with rapper T3 and producer Young RJ, and a collaborative album with Frank Nitt, entitled Sunset Blvd. In 2015 he released ILLA J LP on Bastard Jazz Records.