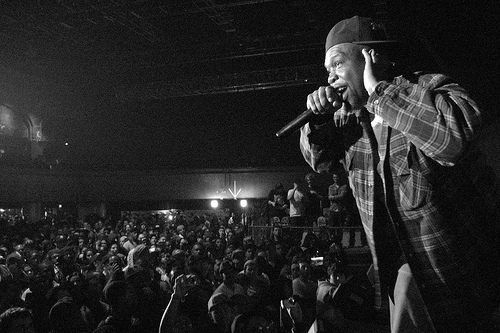 Jeru has one of the most consistent tour schedules in hip hop and  has performed extensively throughout the United States, Europe, South America, Asia and Africa. In between tours Jeru has done joint projects with Grammy nominated UK group Groove Armada, DJ Cut Killa, French actor Doudou Masta , and DJ Honda from Japan. He also worked with platinum Polish group Slums Attack  and received a platinum plaque for this collaboration. Jeru has recently added Photographic artist to his resume. Jeru’s had songs on Tony Hawk’s Pro Skater 4, True Crime: New York City and GTA IV video games, as well as collaborating with OG street skater Josh Kalis and DCshoes. Jeru was also named on of the 50 Greatest Emcees in Kool Mo Dee’s book “There Is a God On the Mic” and is looking forward to continuing that legacy in the future.

We are still looking for shows for him for October/November/December, so get in touch!