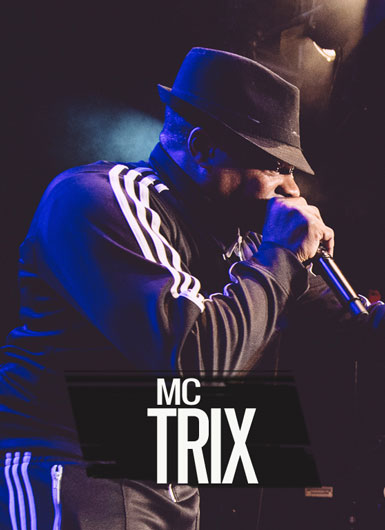 Albert “Trix” Thompson or MC Trix. Worldwide known B-Boy and MC on the international breakdance scene. A man of an amazing energy and sense of humor that are so characteristic to his personality that has already become his attribute. The artist of many passions. In addition to Hip-Hop he played American football as well which once became an important part of his life.

Since he was hosting the biggest event in the world, Battle of the Year in Brunswick, he became an international icon. Apart from all passions and activities Trix spends every free moment with his daughter Candice Daisy.

We can surely say about him … a great man – a big heart.