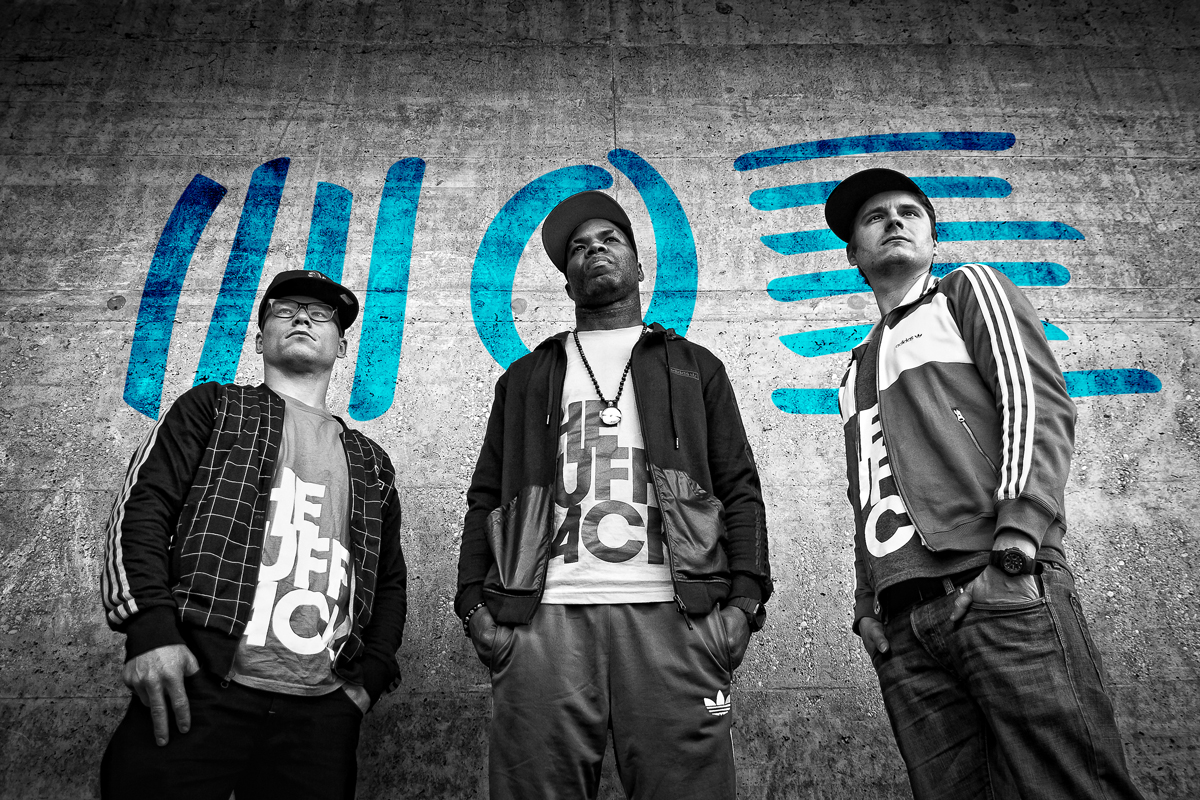 Based in New York City and Vienna, THE RUFF PACK (TRP) consists of three musicians: Stephan Kondert, Daru Jones and Matthias Löscher; blending the improvisational nature and compositional complexity of Jazz with the rustic groove and frenetic energy of Hip-Hop.
Modeled after the “classic” jazz guitar trio, TRP visualizes instrumental Hip-Hop through live instrumentation. To date, TRP has released two Studio albums: “WITH YOU (2013),” and “Introducing THE RUFF PACK (2010),” and their live-concert DVD, “THE RUFF PACK LIVE” (2011).
Since 2009 they have been touring regularly on both sides of the Atlantic and have been featured at countless jazz, hip-hop clubs and festivals, including:
the “Blue Note Jazz Club (NYC)”, “Catch A Fire Festival (Germany)”, the “Red Bull Brandwagen Geheimkonzerttour (Vienna)”, featuring Aloe Blacc, and the “Living Colour: VIVID 25th Anniversary at The Fillmore (San Francisco)”, amongst countless other Jazz, Hip-Hop and various clubs.
As a musical collaboration between Kondert, Löscher, and Jones, the trio has succeeded at weaving together a high musical sophistication with deep soulful grooves. THE RUFF PACK takes listeners on a journey that stimulates mind and heart; come join us.