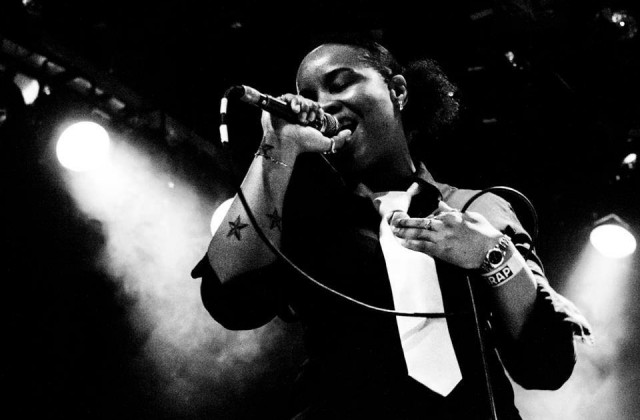 Teagan Starlight Taylor (Born March 14, 1986) known as Starrlight is a F(emcee) from The Netherlands.
She grew up as a normal girl wanting to make a difference in this so called “man’s world”
Pursuing things people say only men could do.

At an early age she developed her love for music. As she grew older her favorite genre became HipHop.
Female mc’s like Missy Elliot, Da Brat, Lil’kim, MC Lyte, Foxy Brown & Bahamadia came to her attention.
While listening to their songs she just had an urge to try it herself.
She started writing on instrumentals of her favourite artists.

At the age of 14 Starrlight wanted to create her own music and 2 years later she was really making her own tracks. Working on her own sound to not look or sound alike, she continued writing to perfect her style.
Knowing there aren’t many female mc’s who really made it, she persisted to keep doing what she does best: Create HipHop in it’s purest form.

Starrlight has earned her stripes in this industry. From spittin in the mirror to rocking open mics, from being on the bottom of the line up to opening up for great artists like: Rockness (Heltah Skeltah), Shabaam Sahdeeq, Reverie, Yarah Bravo and Onyx. You can’t ignore resumé like this.

An upcoming female mc who will really make a difference and give you something you never heard before.
In her words: “I Guess They Need To Label Strangers To Create a Vision, As If Your Opinion Will Be Effecting The Way I’m Living” She will break out of any box you’re trying to put her in.
Starrlight can not be compared to anyone else and could be very refreshing for the hiphop scene.